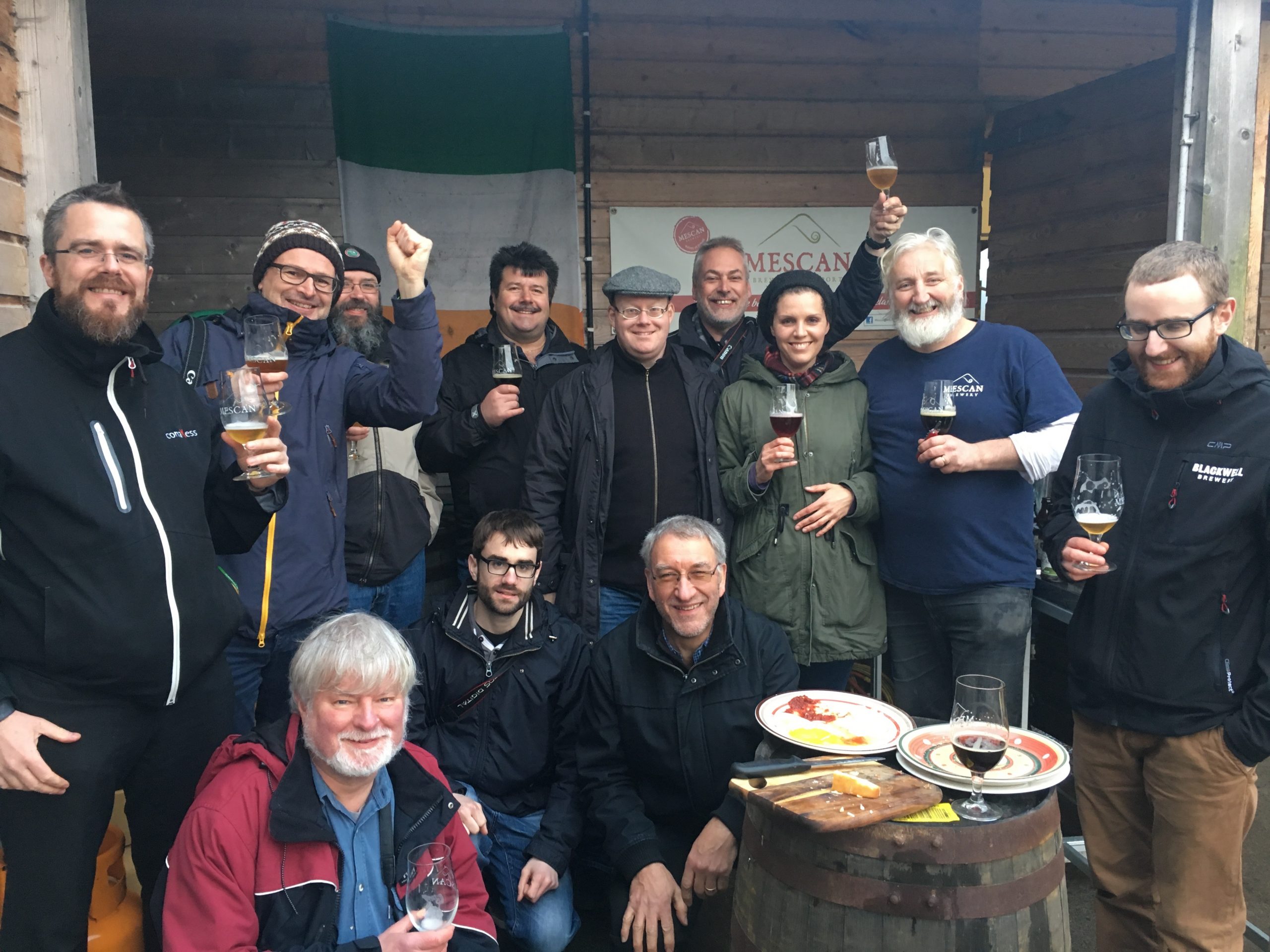 Thun Homebrew Club follow the footsteps of St Patrick on a visit to Mescan Brewery.

Now that that’s cleared up – a few facts about the man Patrick.

1. St. Patrick is Ireland’s patron saint, although he was born in Wales around 385AD.
2. As a boy of 14 he was captured and brought to Ireland where he spent six years in slavery herding sheep.
3. He had a vision when in Rome to return to Ireland as a missionary to teach Christianity to the pagan Irish.
4. Legend has it that he used the native shamrock as a symbol of the holy trinity when preaching.
5. Miracles attributed to him include driving of snakes out of Ireland. However, evidence suggests post-glacial Ireland never had any snakes in the first place but we’re sticking to the story and giving St Patrick that one.
6. St Patrick was said to have favoured a drop of the “hard stuff”. He even had his own personal brewer, Mescan who brewed for him when he was ‘fasting’ on top of Croagh Patrick, Ireland’s holy mountain in Co Mayo for 40 days. Suggested beer for St Patrick’s Day is anything from this great craft brewery located on the foothills of Croagh Patrick. We look forward to visiting Cillian and Bart here on the Northern tour this year.

6. The perfect song to go with a Mescan beer is this Patriotic Song of the Day by the Wolfe Tones.

This website uses cookies to improve your experience while you navigate through the website. Out of these, the cookies that are categorized as necessary are stored on your browser as they are essential for the working of basic functionalities of the website. We also use third-party cookies that help us analyze and understand how you use this website. These cookies will be stored in your browser only with your consent. You also have the option to opt-out of these cookies. But opting out of some of these cookies may affect your browsing experience.
Necessary Always Enabled

Any cookies that may not be particularly necessary for the website to function and is used specifically to collect user personal data via analytics, ads, other embedded contents are termed as non-necessary cookies. It is mandatory to procure user consent prior to running these cookies on your website.