A great source of information on the Irish brewing scene is the Beoir website. Launched on July 1st, 2010, Beoir is as close an equivalent to CAMRA as we have here. Beoir is an independent group of consumers which seeks greater choice, quality and value-for-money for beer and cider drinkers on the island of Ireland. Their primary goal is to support and raise awareness of Ireland’s native independent microbreweries and craft cider-makers.

Feature piece written by Roger Protz called Good Beer and choice return to Ireland following his Brewery Hops tour in August 2012. Roger is a highly acclaimed beer writer who has written many books including best seller 300 Beers to try before you die.

The National Homebrew Club was launched in 2011, it is run by a passionate group of home
brewers from right across Ireland.

If you have a real passion for beer, The Beer Academy part of the IBD offers courses ranging from 90 minute tastings, beer & food matching course, 1 day Foundation course, 2 day advanced course and the half day how to judge beer course.

If you are visiting Cork, check out the Crane Lane located in the remains of an old Gentleman’s Club in the centre of Cork, it has been the scene of many a notorious event over the last 100 years. Complete with a beer garden and a fine selection of  craft beers, it’s definitely worth a visit. 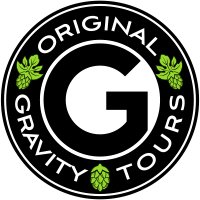 Original Gravity Tours is a specialty company focused on introducing beer and travel lovers to select “beer capitals” of Europe.  Cities such as Munich and Prague have rich histories of brewing some of the finest beers in the world and we’ll help you experience them by touring the oldest and most respected breweries, beer halls/gardens & pubs.