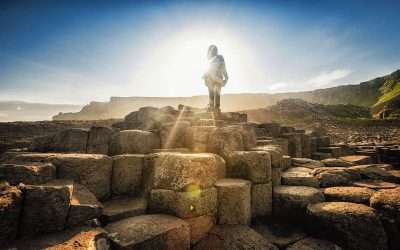 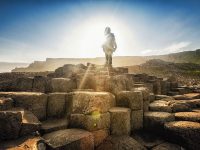 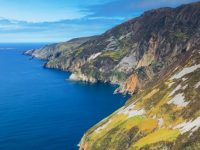 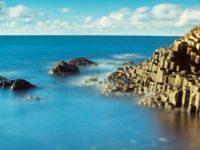 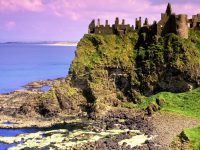 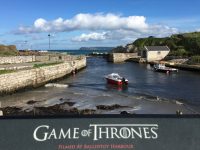 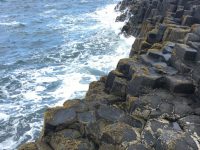 For many years, Northern Ireland was under the shadow of ‘the troubles’ with few brave enough to visit. Since the Peace Treaty of 1998, Belfast and the Causeway Coast has transformed itself and was listed as the top region to visit in 2018 by Lonely Planet.

Whilst there, we aim to discover the political legacy of the Troubles in Belfast and Derry city by taking locally run tours.

We enjoy the unique UNESCO site, the Giant’s causeway located on the stunning chalk white cliffs, now also famous as the filming locations for many Game of Thrones scenes.

We get an immersive experience at the best of Northern Ireland’s craft breweries and of course a tour and tasting at Bushmills – the oldest licensed distillery in the World.

Starting and finishing in Dublin on this fully guided tour, you’ll also visit Co. Donegal, Sligo and Mayo in the Northern section of the Wild Atlantic Way – the 1,600 mile long route that takes in Ireland’s stunning Atlantic coastline.

The North West of Ireland is home to our most remote national parks, rugged scenery and stunning coastal views.

Depart Dublin and travel to one of Ireland’s most powerful sites The Hill of Tara, which was once the ancient seat of power in Ireland – 142 kings are said to have reigned there in prehistoric and historic times. Sitting on top of the King’s Seat is the most famous of Tara’s monuments – Ireland’s ancient coronation stone – the Lia Fail or “Stone of Destiny”, which was brought here according to mythology by the godlike people, the Tuatha Dé Danann, as one of their sacred objects. It was said to roar when touched by the rightful king of Tara. Saint Patrick is said to have come to Tara to confront the ancient religion of the pagans at its most powerful site.

Our first brewery visit is to Brehon Brewhouse which is housed on the farm, so it’s quite possible Seamus will have some farm jobs rounded up for us whilst touring the brewery. We will avoid ‘milking time’ but if anyone wants to taste the milk that goes to the local Bailey’s factory to make Bailey’s Irish Creme we can include that in our tastings.

Stretch the legs to visit Proleek dolmen, a 5,000 year old portal tomb with its impressive 40 tonne capstone placed on top.

Carlingford Brewing Company is located on the Cooley peninsula, an impressive site complete with a 13th-century mill. Des is producing a range of beers named after local stories and legends which he will impart over beer tastings in his tap room.

Overnight in Carlingford village, a coastal town which retains its medieval layout. In the evening you can enjoy a very pleasant to walk along the waters edge to King John’s Castle. Alternatively, take a ramble up Slieve Foy behind the village for even better views. Carlingford offers excellent choices of restaurants and pubs in just a few narrow streets.

A short hop into Northern Ireland to visit Belfast its largest city. Belfast was a centre of the Irish linen, tobacco processing, rope-making and shipbuilding industries. In the early 20th century, the Titanic was built and set off from what was the world’s biggest shipyard. Optional tour of the Titanic Experience which extends over nine interactive galleries.

Option 2: Black Taxi Tour takes you on a tour of the areas of West Belfast which experienced most of the Troubles. See the wall murals which tell the story of Belfast’s political and religious history.

We’ll visit Boundary Brewing in Belfast city – a co-operative Brewery owned and run by its members. The Boundary team are experimenting with bringing together modern US styles with the more traditional Belgian/French style beers which promise some unique tasting beers.

Drive further North to the Causeway Coast and overnight in the small seaside town of Portrush on the Antrim Coastline. While in Portrush, we’ll visit Lacada Brewery, a community-owned brewery. This brewery takes great pride in their sense of place with the beauty and wildness of the North Atlantic beaches on their doorstep.

The Giant’s Causeway is a World Heritage Site area of about 40,000 interlocking basalt columns, the result of volcanic lava flow 50-60 million years ago. This has resulted in it becoming one of the most iconic sites in Ireland. Arrive first thing in the morning to enjoy this area of natural beauty before the crowds. After some nice walks and photo opportunities at the Giant’s Causeway, we’ll drive up to the small village of Bushmills.

It’s time to take a tour of Ireland’s oldest distilleries and sample the famous Bushmills Whiskey. Situated on the banks of the River Bush, they have been distilling whiskey here since 1608, when King James I granted them a license. During the tour, you’ll learn all about their finest ‘water of life’ – directly translated from the Irish word for whiskey uisce beatha.

In the afternoon, we make our way along the Antrim Coastline to the city of Derry – Londonderry. A city with a fascinating and often turbulent history. In fact, it is the only completely walled city in Ireland. While in Derry, you’ll learn all about its history and explore its walls on the award-winning Martin McCrossan walking tour of Derry.

Interesting fact about Derry – Londonderry: In 1613, the city was granted a Royal Charter by King James and gained the “London” prefix to reflect the funding of its construction by the London guilds. To reflect the divide that is still present to this day, Nationalists call the city Derry, while Unionists call it Londonderry.

A short drive to Letterkenny, it’s time to visit Kinnegar Brewery. Named after Kinnegar Beach in County Donegal where the brewery was started by Rick and Libby. A second brewery, K2 has recently opened in Letterkenny – the largest town in Donegal. Rick has always been passionate about his beers. While there they’ll take you through the brewing process, from the malt loft through to the brewhouse, as well as the fermentation process and the conditioning in the cellar, and finally to packaging.

We start the day off with a visit to Glenveagh National Park. A remote and beautiful park in the Wilds of Donegal. While there, you’ll have free time to stroll through the gardens and take a lakeside walk.

Lunch in Donegal town in the former stables of the Castle, the Olde Castle Bar serves wonderful local seafood dishes.

We travel South to Yeats county of Sligo to visit Lough Gill Brewery. The guys at Lough Gill love experimenting with new beers, the bacon beer was fermenting on our last visit. Tastings were oink-teresting.

Overnight on the beautiful Sligo coastline in Enniscrone, a small seaside village with an impressive long sandy beach and shallow bay which is great for that sunset swim in Killala Bay. If you’re not quite that brave then perhaps a seaweed bath in the original Edwardian style enormous glazed porcelain baths with solid brass taps is always great for the muscles.

Follow the beautiful Wild Atlantic Way coast we continue our journey around to Ballina which sits on the River Moy, Ireland’s most famous salmon fishing river.

We’ll explore more of County Mayo by taking a bumpy but beautiful drive by Lough Conn to reach Ballycroy National Park, Ireland’s sixth and smallest national park. A vast unspoilt wilderness that is surrounded by the Nephin Beg Mountain range. The park comprises of a unique Atlantic blanket bog and mountainous terrain. While there, we’ll get out and enjoy a walk in what is deemed as Ireland’s last wilderness.

There’s more spectacular Mayo coastal scenery which takes us around Clew Bay to visit the National Famine Memorial at the foot of Croagh Patrick, Ireland’s holiest mountain! You can choose to slog it up the pilgrim’s walk to St Patrick’s Church on the peak or visit Mescan Brewery, a much more advisable option! Mescan was St Patrick’s brewer. A brewery run by two ex-veterinarians, when they had pilfered enough stainless steel tanks from farmers they built their own brewery. Bart, one half of the partnership is from Belgium so Belgian beers are their speciality.

Finally, another busy day comes to a close. We’ll overnight in the beautiful town of Westport, Co Mayo. Enjoy lots of pubs, restaurants and music in this lively town.

Enjoy a little free time for shopping in the charming town of Westport. Saying farewell to the West of Ireland is never easy. We’ll make a stop at the Museum of Country Life to see exhibitions representing traditional ways of life in rural Ireland since 1850.

Our last brewery stop is at Black Donkey brewing where Richard tells us his tale of returning from the US with brewing ideas and how they reached fruition. He is a wonderful storyteller which complements tastings of his farmhouse beers very nicely. Lunch in the nearby Roscommon town before returning  to Dublin for drop-offs and hugs in the city centre.

Tours and tastings at nine of Ireland’s best craft breweries

Entrance to Newgrange and Giant’s Causeway.

Things to bring: A rain jacket, walking shoes, a thirst for beer and quality whiskey.
A sense of adventure is always needed in case we spot something interesting/quirky/local on the route worth checking out.
An interest in meeting new people, sharing experiences, fun and stories along the way.