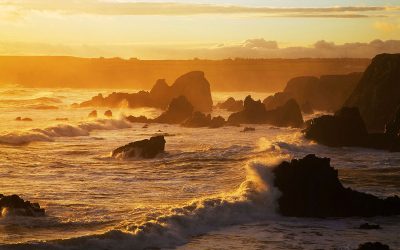 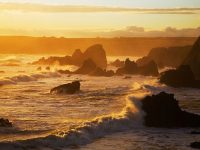 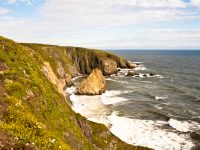 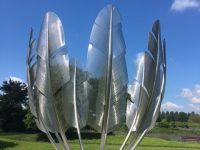 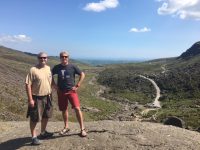 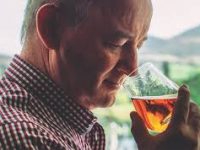 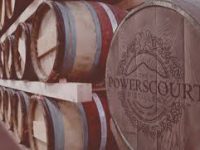 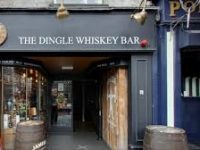 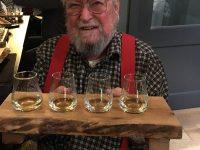 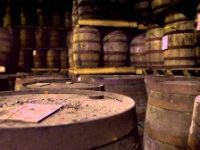 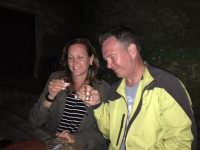 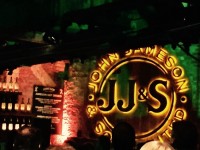 This tour is focused on Irish whiskey, let’s sample old and new whiskies from some of the best whiskey distilleries in Ireland on  this 6 day tour.

Tour the Ancient South East region of Ireland – taking in Kilkenny and Waterford, before joining the Wild Atlantic Way in Cork and following it to Kerry, Clare and Galway.
Our tour will bring us to a selection of Ireland’s leading craft distilleries; such as Midelton distillery and Tullamore DEW as well as the new distilleries in Waterford and Clonakilty.

As we take our tour,  you’ll be able to enjoy the stunning coastal scenery along the Copper Coast Drive and on the Wild Atlantic Way. Highlights include a castle stay in Waterford castle, located on an island. All accommodations are in 4 star hotels in some of the most picturesque towns in Ireland.

This 6 day tour gives you a taste of Ireland’s whiskey culture also known as uisce beatha, the water of life.

You’ll see plenty of scenery and historical sites along the route.

Depart Dublin and travel to Ireland’s Ancient East which also happens to be the best barley growing region in Ireland. Visit Kilkenny City, once the medieval capital of Ireland still visible through the narrow cobbled streets and historical buildings. Go back in time to a 12th Century castle, restored in the 1830’s and see the architecture, tapestries, art work and history this 800 year old castle has to share.

Wander the cobbled streets of the Medieval Mile to St Canice’s Cathedral. The cathedral stands on the site of a Celtic Christian monastery which was founded in the sixth century by St Canice.

If you’re feeling energetic, you can climb 100 feet to the top of the 9th century round tower to see Kilkenny city from a birds eye view.

In the afternoon, we arrive to Waterford to visit the exceptional state-of-the-art Waterford distillery originally built as a brewery by Guinness. The ethos of this distillery is all about origin. They have sourced 72 Irish farms, including organic and bio-dynamically run, growing barley on different soil types. To take terroir even further they keep track of each farmer’s crop and harvest, store, malt and distill separately. Local farmers are very proud to be on board with this traceability.

Waterford is the oldest city in Ireland founded by the Vikings and dating back to 914. Visit the old Viking quarter of the city on the River Suir before checking in for your castle stay. Located on Little Island, take the ferry across to the exclusive Waterford Castle which was home to the Fitzgerald family for hundreds of years. In 1980 it was purchased and turned into a hotel. The house itself is in a beautiful Gothic style and you can enjoy dinner in the tasteful dining room after exploring the grounds. 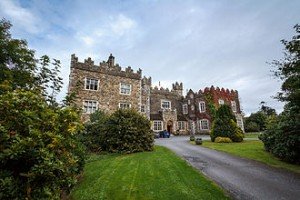 Visit Waterford’s Copper coast scenic drive which got its name from its once thriving copper mining industry. Visit the 5th century monastic site of St Declan, a 12th Century round tower and cathedral in this seaside town. There’s a beautiful one hour long cliff walk to enjoy in good weather.

Onto Ireland’s most well known distillery – Jameson Distillery in Midleton, Co Cork where John Jameson started triple distilling whiskey in 1780 and thought it was “So smooth I would drink it even if my name were not on it”. Lunch in Midleton and pay a visit to the Choctaw famine monument which is a fitting tribute to the American Indians who sent financial aid to the Irish people during famine times. 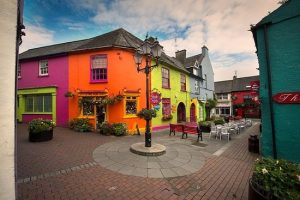 Drive to Kinsale, a beautiful coastal town with colourful streets. Overnight in Acton’s Hotel overlooking the harbour in the quaint and colourful town of Kinsale which is full of great restaurants, pubs and live traditional music.

Follow the Wild Atlantic Way to Timoleague, Co Cork to visit the ruins of Timoleague Abbey, the first monastic settlement dating back to the 7th century on this site. The friary was founded approximately 600 years later and is steeped in history.

Visit one of Ireland’s newest craft distilleries, Clonakilty Distillery on the Wild Atlantic Way. We will enjoy a tour of the distillery and lunch in the adjoining Whale’s Tail restaurant.

Travel to Killarney, a very popular tourist destination and a vibrant town. The incredibly beautiful surrounding countryside makes Killarney a very special place. Enjoy Killarney National Park the traditional way – by horse and cart just as Queen Victoria did in 1861 when she was a guest of the Herbert family who owned Muckross House. The park was established in 1932 to protect one of Ireland’s most precious natural habitats of ancient woodland, spectacular waterfalls and quiet lakes. 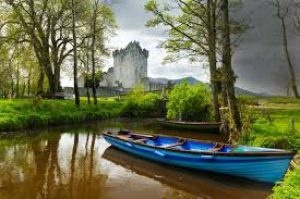 Overnight in the beautiful Plaza Hotel in the town centre.  Enjoy the many restaurants and pubs of Killarney with live traditional music.

On the short journey from Killarney to Dingle, we will make a stop at Inch Beach, a long flat stretch of beautiful sands and shallow waters perfect for swimming. We have had hardy morning swimmers in the past brave the Atlantic Ocean!!

Dingle is one of those charming towns that is a highlight for many. It’s a bright and colourful town packed with local arts and crafts shops and a pub thrown in at every glance. We will take the stunning scenery on the Slea Head Drive to the far most Westerly point of Ireland.

Visit Dingle Distillery for a very fun tour. This distillery won World’s best gin in London in 2019, Dingle Gin was the cash earner whilst waiting for the whiskey to mature. It’s not going anywhere being commonly referred to as one of Ireland’s best botanical gins. Dingle whiskey is being released in small batches each one getting better in colour and flavour. 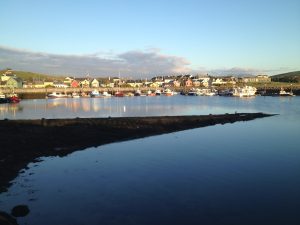 Overnight in Benners Hotel Dingle right in the centre of one of the very best towns in Ireland. It’s the foodie town of Ireland with at least 6 award winning restaurants and is a highlight for all.

Travel from Dingle to Co Clare via the ferry across the Shannon estuary. Visit one of the lesser known hidden gems in Ireland – Loop Head. We travel out to the Lighthouse and have some spectacular sea cliff walks and sea stack views. Visit the bridges of ross, a natural sea arch along this special stretch of coastline. Enjoy local seafood in The Long Dock for lunch.

Louise McGuane worked in the international drinks industry for 20 years before founding The Chapel Gate Irish Whiskey Company on the McGuane family farm. The farm has been in her family for generations and is still farmed today by Louise’s father P.J. She wanted to ensure the continuity of the farm so transferred her skills in the drinks industry home. Louise makes JJ Corry whiskey named after a local entrepreneur in the 1800’s who also bonded whiskey. Louise bonds their own JJ Corry whiskey on the family farm since 2016.

Overnight in the Armada Hotel in Spanish point on the beautiful coast of Co Clare.

A trip to Clare would not be complete without a visit to the Cliffs of Moher. Standing 214m (702 feet) high, the cliffs stretch for 5 miles along the Atlantic coast. O Brien’s Tower has served as a viewing point for hundreds of years. Travel the coast road through the unique Burren region, a limestone karst landscape which was formed 350 million years ago. 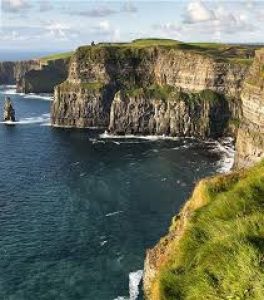 The last stop on the Irish whiskey tour trail is at Tullamore DEW. The creator of Tullamore D.E.W. was Daniel E Williams a self-made man who worked his way up from a stable boy of the distillery to become the owner. He brought electricity and motorised automobiles to Tullamore and created a whiskey known the world over.

A fine toast to end the tour!

. Tours and tastings at 6 whiskey distilleries.