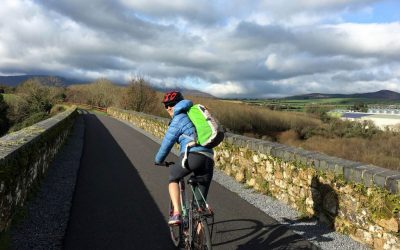 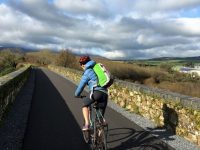 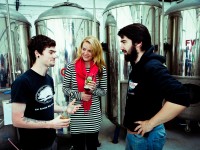 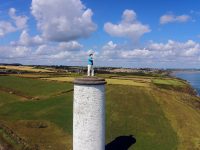 Explore Ireland’s south-east on our bike and beer tour. If you’re looking for a short tour combining activity and delicious beer – this is the tour for you!

Starting and finishing in Dublin, we’ll pick you up in Dublin city centre. Drive down south to Waterford, where we’ll sample some local brews before grabbing our bikes to hit the Waterford Greenway – A stunning 46km newly opened cycleway in Waterford, that follows the old railway line. If you can’t manage the full 46km don’t worry! We have half-way pick-ups & electric bikes.

Our destination for the night is Dungarvan, where you’ll overnight in cosy accommodation. Waking up refreshed the next day, and ready to stretch your legs with a walk in Comeragh Mountains. A mountain range that boasts spectacular views of the Copper Coast and tranquil waterfalls.

After our stroll in the Comeragh Mountains, we’ll jump in the bus and head to Kilkenny City – Ireland’s Medieval capital. While there, there will be time to explore the many historic sites including the famous Medieval Mile, as well as taking in a beer tour.

Finally, it’s back to Dublin for farewells.

Drive from Dublin to Waterford City, Ireland’s oldest city, on the Southern Coast.

Visit Metalman Brewing, established in 2011 at the start of Ireland’s craft beer renaissance. The name of the brewery is inspired by a navigational aid on the Waterford coast. The Metal Man stands on one of three pillars overlooking the bay, his purpose to guide seafarers, and kBeer Toureep them on their true course.
The brewery has been growing steadily and in 2014 they installed the very first canning line at an Irish craft brewery.
In Dec 2017 Metalman opened their own bar in Waterford city serving quality craft beer.

After a tour of the brewery and a can of beer for the road, we get kitted up with bikes, helmets and a packed lunch and hit the Waterford Greenway. The Waterford Greenway is a spectacular 46 km (28miles) off-road cycling and walking trail along an old railway line from the quays of Ireland’s oldest city all the way to Dungarvan. Enjoy a beautiful journey through diverse nature across three tall viaducts and a long atmospheric tunnel, all the way from the River Suir to the sea. It’s a flat(ish) track with a restored heritage railway on the first half of the journey.

No, the train won’t take you and your bike! However, if anyone would like to experience the greenway but feels that 46kms (approx. 3 hours leisurely cycle) is too much, there’s always options. The Coach House is a beautiful café about half-way along the track where you can relax, have a coffee and cake and we will pick you up there before driving onto Dungarvan to meet with the rest of the group at the end of the Greenway. Everyone will be thirsty and more than ready for another beer at this stage!

Check into a comfortable B&B style accommodation in the town centre.

Enjoy the evening at leisure in the harbour town of Dungarvan with plenty of choices of where to eat and drink.

Pick-up at 9 am at your accommodation, take a scenic drive to the nearby Comeragh Mountains. Stretch the legs, enjoy a leisurely stroll with the sheep to see Mahon Falls, a 240-foot waterfall with spectacular views over the Copper Coast.

Drive to Kilkenny City, also known as ‘the marble city’ a medieval town in Ireland’s Ancient East. Impressive Kilkenny Castle was built in 1195 by Norman occupiers. The town has deep religious roots and many well-preserved churches and monasteries, including St. Canice’s Cathedral and the Black Abbey Dominican priory, both from the 13th century. Walk the picturesque ‘Medieval Mile’ of narrow lanes and historic buildings strung between castle and cathedral along the bank of the River Nore. Kilkenny is a centre for arts and crafts, and home to many fine restaurants, cafes, pubs and shops.

Free time in Kilkenny – approx. 3 hours to have lunch and choose from the following activities: