June 23rd – July 2nd showcases the first Indie Beer Week in Ireland where brewers decided to throw the doors open and invite the locals in. Many are aware of their local brewery, may already have converted to craft beer but have never set foot in a brewery to see how the beer is made, what ingredients are used, how long the process takes…Others may know a local beer exists but may not have been brave enough to taste new styles of beer. Indie Beer Week aims to meet and educate people who may not know their local brewery, open up for tours and tastings and lots of other activities. 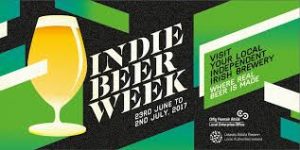 There was tours aswell as yoga in breweries,bands, food pairings, scavenger hunts and even Stand Up Paddling by Lough Gill brewery who are based near the Wild Atlantic Way in Sligo. Assume they paddled whilst tasting beers! So fun all round for Indie Beer Week. 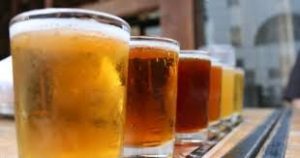